“A Different Kind of Farm”

You will see stunning footage all filmed here at Ocean Rider, of seahorses, sea dragons and the people that make the breeding and tours of these rare animals such a great success story. You will also see absolutely beautiful helicopter footage of the pristine ocean off the famous Kona Coast where the ocean rider seahorse farm is located. 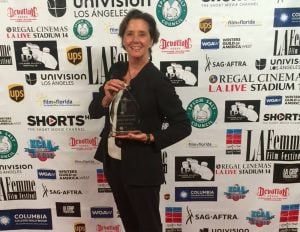 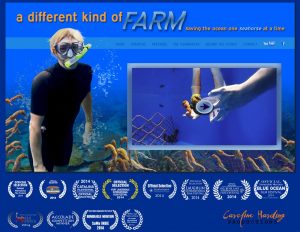 A Personal Journey – Saving the Seahorse from Extinction

‘A Different Kind of Farm’ documents the personal journey of Carol Cozzi-Schmarr and Craig Schmarr in their quest to start the first seahorse farm in the world to save the seahorse from extinction by offering aquarium hobbyist for the first time the opportunity to choose a farm raised ocean rider seahorse that lives 10-15 years in captivity over a wild caught seahorse that may live less then a few weeks in captivity.

The First Seahorse Farm in the World

The successful Ocean Rider seahorse farm model has changed the way people think of the aquarium hobby convincing critics that farm raised fish make better pets because they are healthier, more colorful, easier to feed because they eat frozen shrimp instead of wild live shrimp, and live longer , while saving our reefs from the unnecessary pressure from collectors that take wild fish off the reefs. Interviews with their collaborators, critics, and fans shed light on the complexity of the “farm-raised” versus “wild-caught” issue so prevalent today in Hawaii and the entire world.